Tag Archives: sick as a dog

The tshirt tells a story
And I listen most intently
The truth or fiction of it
Left for another time.
The night has left me awkward
The personal juices lost
And the bare fleshed memory
Comes at such a cost.
The morning light with morning sights
Has caught me unawares
I tremble beneath a trimbley
I shudder behind my shades.
I let the street cross under
And let the bridge ship by
I harness hope from nothingness
And count the lives in time.
Inside the church of everybody
I sell my soul to God
But come feeling hard done by
Needing that hairy dog.
I inflict interest from onlookers
As I shave my way to work.
Outside dishevelled emptiness
Inside resides much worse.

Now there is a fine line between impatience and over-tolerance and whereas I’m prone to the latter my decision to walk out 25 mins after ordering a bundáskenyér/french toast was certainly not, as far as I was concerned, an undue criticism of Anker (Anker köz ).
The problem with student staffed places is that the attitude can align itself with the service while professionalism falls by the wayside. It takes a good manager to strike the right balance but Anker is just not up to scratch.
Walking out took effort as I was hungry and, mid-morning, running between classes. On an empty stomach I alighted onto the street and while I could have dwelled on my misfortune I chose to steal a silver lining: at least I’d be early for my lesson- no rushing necessary. That I popped into Tesco for a sausage roll and subsequently food poisoning may be utterly unrelated but I smell voodoo, the karma of non- pacificists! 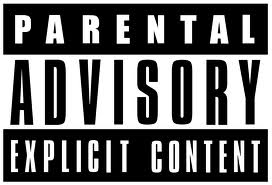