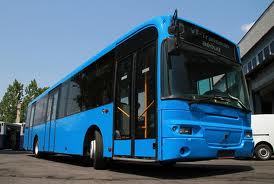 The bus that takes me over the hill from Paseréti to Kolossy tér is a tale of two cities within the confines of an even older one, Buda.

What I mean by this is, well, this! Over my side, where I jump the bus there lies the relatively sleepy suburb, albeit Hűvösvölgyi út which is an artery bleeding both ways. A few feet off, however, and one can capture the comparative solitude whether passing low beyond the tram tracks or high beyond the 129 bus’s last port of call this side of town.

On the other side, the yang to this ying, is the positively busy hub around Kolossy with many’s the bus passing through either up Szépvölgyi út or along below on Lajos utca. The tram, No. 17, also dissects the area and with the road, and pavement, works ongoing in this sweltering August, the place truly is a hive of activity.

But let me tell you about Disneyland, or Noddy Town, or whatever it was my student coined in reference to Kolossy tér. It is a place with facilities, provisions to both commerce and fun, and together where applicable. However, it has never quite captured my undying interest. Given the choice of Anya’s, later Tina Turner’s, bar on Podmaniczky utca in the 6th district, Pest, or any of the places here, whether dives or fancy, I’d have leaned towards the former. It was all about the atmosphere, and this Buda haven lacked of all this.

That said, today in my leisure I walked over from Pacsirtamező utca, through the Timár utca stop, itself Flórián tér directed – I, however, about facing going the opposite way and as I strolled along Lajos, the pretty girls from the Szolarium out smoking, the old women dragging trolleys laden from the market, I began to notice the söröző-s this side, not the Bécsi út side, of the Kolossy complex. Perhaps the casino and the Leroy always put me off there, but here, suddenly I found myself pondering a drink, the tables outside a definite lure. I didn’t stop this time. I passed them on. I’d made up my mind to go home quickly to my little flowers, but the seed had planted itself – for another day.

Passing Café 5 on the corner of Szépvölgyi and Bécsi I glanced at an alluring menu: 990 huf for a 2 course meal and thought, definitely another day.

Bouncing back over the hill now and on up to the Bölöni György stop on the 29 I’m beginning to notice a growing importance to this once tedious transport line.

← Swimming against the flow
Las Ramblings →