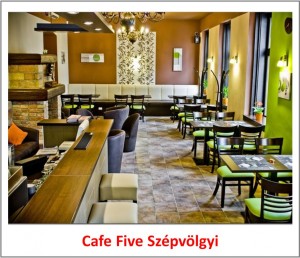 Go there, visit it, and see for yourself. For me it is a somewhere in the middle of a nowhere. Kolossy tér, you see, I’m not a fan of, and though there are things which will always tempt me when in the environs, I will never, and could never, recommend this area as an outright party place. Kolossy tér, I mean. It’s all very fabricated…check out Symbol up the street, that raw, mafia-esque, bling bling appeal, type of place, indicative of the decadence as resides within the remnants of this post-communist state (Forget the Puskas Pub appeal. Go Pest side and to the heart of the footballer’s club grounds if you want a sense of the authenticity on that front). The farther East you go in Europe the greater the obvious gap between rich and poor. Note, before you react, how I used the word “obvious”. Just because us in, what people here call, the West have found cynical means of concealing it doesn’t pass us off as saints. Being Irish I’m often left dumbfounded by what all continental Europeans deem as the greatness of England, Britain, the United Kingdom. As far as the bloody colonialist history that is a pan-european involvement (Irish included) goes, Britain remains one of the stalwarts at least in its representation, Queens etc, and this is probably what got the hackles up in the Irish press concerning the opening ceremony of the London 2012 Olympics. Why other Europeans didn’t seem to take offence…could it be the hankering for the old order?

Jesus, talk about straying from the point! Cafe 5 around Kolossy tér on the Buda side of the city has plenty to offer. It’s a full day cafe, with an alternating lunch menu, a selection of drinks, cocktails, and all, and if I was stuck for a place to sit down in for a while there could be a lot worse. However, in the way of things, if I was looking for atmosphere in the mid-afternoon I would choose any of the Kocsmas nearby, and only then if I had no means of escaping into Pest, or at least away from here. Why? Go and see!

← For Blog’s Sake
Set the scene at A Table →