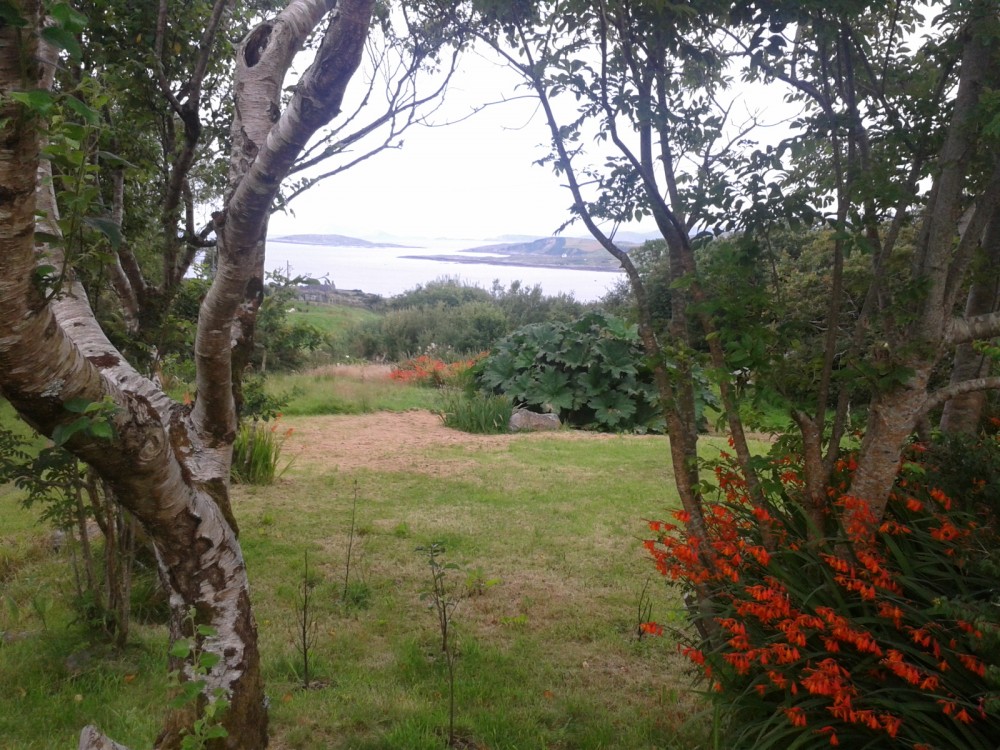 “Huh?” Catching only the end of the question, Billy had been paying little attention to his friend, preoccupied as he was with his own thoughts, his mind adrift in a fantasy – this fantasy had a name and her name was Maria.

“I said : Do old wolves cry out for their mothers?”

What kind of question was that, Sammy was beginning to wonder, rapidly losing confidence by his friend’s obvious disinterest.

“You mean by howling and stuff?”

“By howling and stuff! Not by howling and stuff!!! Ah fuck it!” Sammy’s irritation beginning to grow. It was glaringly apparent that his moment of profundity was being ususrped by something other than the moment, judging by the glazed look in his friend’s eyes.

“Huh?” Billy was becoming aware of his friend’s change of tone but he was still half way off from touching down in this conversation. He’d have to make the effort, he supposed.

“Sorry man, I was elsewhere.”

“Hah! Well, what were you two doing this time?”

This was the point where Sammy would, usually, crudely depict a coitus perverticus, whereas Billy had been moulding paradise.

He braced himself for the onslaught, but somehow something seemed different.

“Gotcha” the leery grin pasted, sparkling on his face.

“Now give us the gory details.”

“Why? I’m sick of this dreaming. I wish I knew what she really thought of me.”

“What! And risk disappointment? Those fantasies you have are better than the real thing, I’d imagine.”

Though spoken almost facetiously there seemed to be a tone of honesty in Sammy’s words.

“If not better, at least less complicated.”

“Maybe…” Billy continued, “but how the fuck would I know. I’ve never even had a girlfriend before. Fuck, I really need this!”

“Christ” gasped Sammy and with that they both fell into convulsions.

“I really need this” Sammy parroted, while Billy perched himself on the armchair’s arm, posing in stance, face all askew, pain and pleasure intertwining.

And then in came Ivan.

For whatever uncanny reason it always ended up this way when Billy acted up. It was as if Sammy’s older brother and the Gods were in cahoots.

“ You queers watching this?” Ivan snorted, grabbing the controls as he asked and switching to the news anyway. Sammy was about to protest but instead left it at that, shoulders drooping before hunching.

“Do you want a coffee?” he asked Billy, already moving towards the kitchen.

“Yeah” Billy replied, following sheepishly, trying to avoid eye contact with the bigger brother but somehow being drawn in by the supercilious smile.

“Make me one too, won’t you Billy,” Ivan sai with a wink.

“Careful you don’t boil before the kettle does!” Ivan’s derisory laughter bitch slapping him out into the kitchen.

“ Well, that’s what it looked like to me! ,” came the muffled voice from the living room.

“ Shit!”. Sammy wasn’t necessarily afraid of his older brother, he was terrified, and although Billy tried to play the diplomat – all at ease with differences- in his heart of hearts, he, too, would rather not be anywhere near that man.

“Good boy!” The snigger that followed slowly drowned out by the rising volume of the television.

“ Why the fuck does he have to listen so loudly?” Billy asked, resisting his powerlessness in style.

In a future hindsight, Billy would wonder, if it wasn’t to give them, Sammy and himself, carte blanche to bitch about him so fully secure was he in his dominance, but at that moment Billy could only share his friend’s anger.

“ Are you really going to serve him his coffee?” Sammy queried.

Predictably Sammy had started to take his frustrations out on Billy.

“Tell him to fuck off”

Suddenly the door flew open and in came the beast in question.

“Coffee ready yet?” the question all-demanding.

Billy began to stutter, but couldn;t find any purchase.

“ I’m not askin you!” Ivan snapped, eyes turning towards Sammy.

“ All right. There you are!” but with the look bearing down on him, Sammy appeared to flinch, as Billy would put it, in slow motion.

“Enjoy” Ivan sneered, and just like that the storm was gone.

“ De…but…eh …de…” Sammy’s deliberate mockery of Billy falling short as Billy put a piece of the puzzle together.

“ Are you really going to serve him?” came Billy, mimicking Sammy’s voice, badly.

“Fuck you, too!” This would sometimes be followed by: “ especially Bono” but this wasn’t one of those times. And for the seconds in which the gloom fell, the fantasy Billy had been having seemed to dissipate, or relegate in importance.

“Fuck it. I’m out for a fag” Sammy announced, and this call to arms would bring back the focus, and Maria would return.

“Well, he’s in there!” Billy sniggered but Sammy either didn’t hear or wasn’t interested, so feeling slightly juvenile just then, he turned to follow his friend outside.

“ I’m with ya,” he said, this subtle sign of solidarity hopefully the peace flag necessary.

A man, Billy decided, didn’t need to make enemies, especially of friends, when love was on the line.