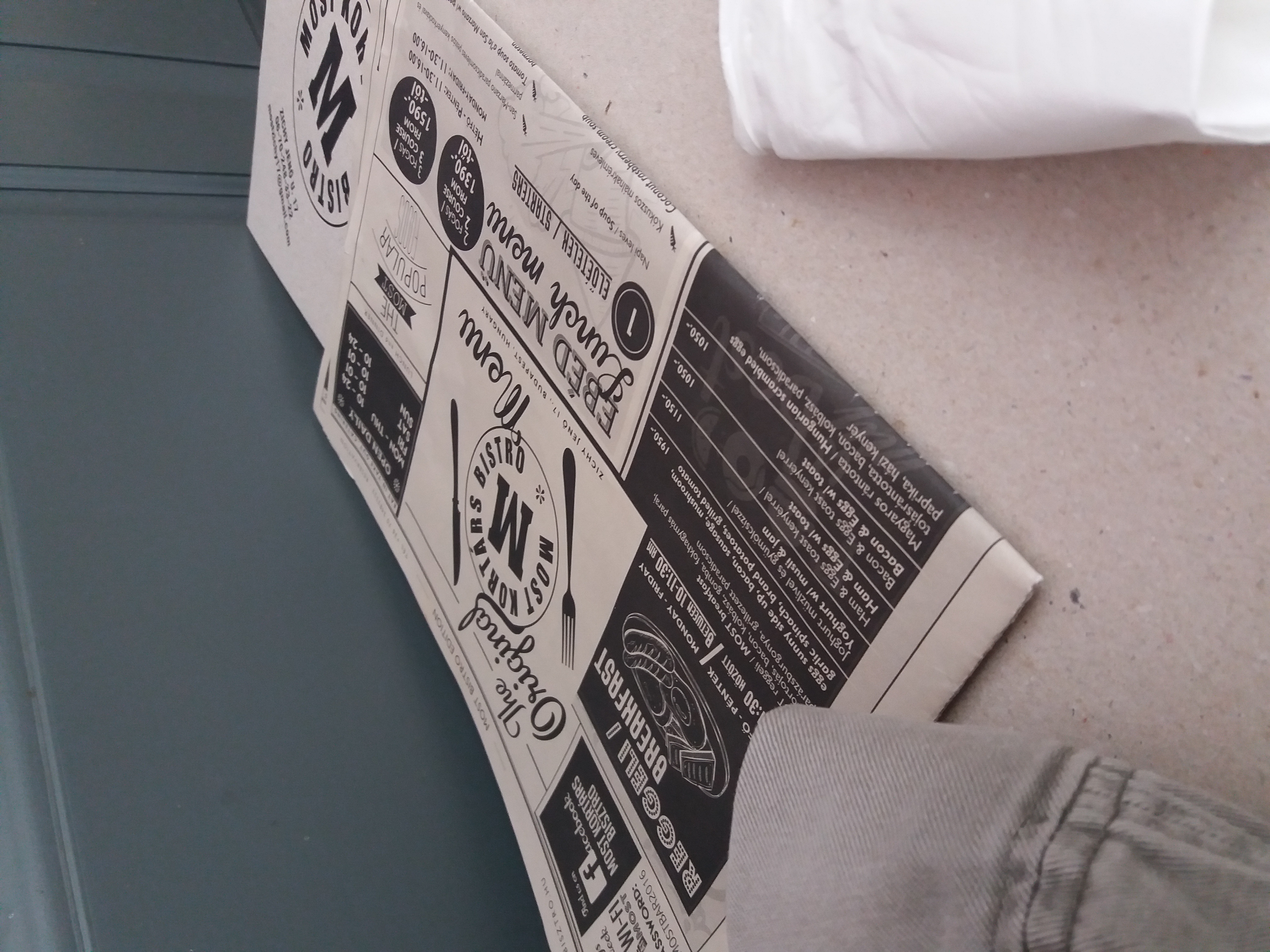 A habit building is the habit to check the menu before ordering anything. With a 10% service charge added, there’s no need for a borravaló, And so there won’t be.

Sometimes I’d consider adding a little extra but not this time. The service is satisfactory but the attitude is less appealing. A slow pint, it seems, is not acceptable. A light lunch is also questioned though that could be forgiveable seeing as with a Menu of the Day on offer, most people would jump at the opportunity. Me too if only it wasn’t all a little confusing, the menu itself that is. Set in a trendy newspaper style it fails to deliver. Too many pokey points.
However, it’s when I’m approached for the third time and asked if I’d like another beer, still a sizeable slug remaining, that I feel a bit put off. The place is nearly empty, except for me, and friends of the staff, or the owners themselves. Who knows.
The prices are also above acceptable especially for what you get. Over one thousand forints for a soup requires something more than nachos sprinkled on what could only be described as Nacho dip.
And then the beer at 890ft. Most, itt vagyok, Most-ban, and this is more than the most I’d like to pay for a snack. My other haunts torment me now, forlorn spectres adrift on the plateau of lost opportunities.