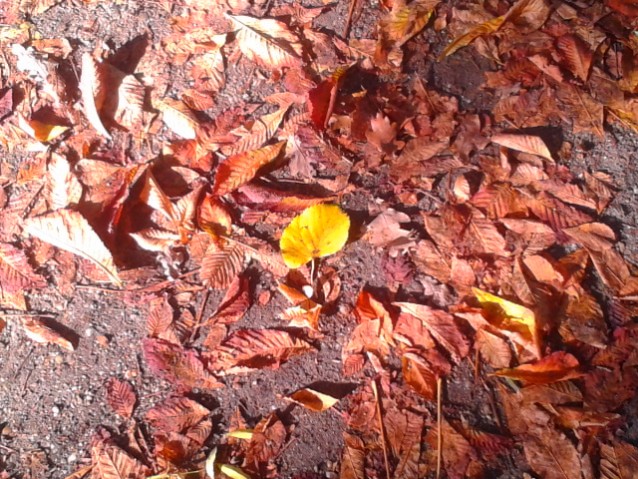 Beneath the feathers of every raven there hides a rainbow, the old man had said, but Billy had just put it down to one of those things that old men said: some thing that pretended to wisdom but was more probably nonsense.
The old man had died that night and Billy had given his last words no more thought. Huddled together with his best friend Sammy at the bottom of a mist carpetted field, each trying to keep warm by rubbing up against a tree trunk and letting the cigarette ends close to their encasing hands, both wearing jackets that were designed to stand up only to summer showers, Billy found the words coming back to him.
The bare trees veined the sky above him and not for the first time did he come to the notion that they looked very much like bronchioles, or at least the diagram of the trackings of a lung as he had seen in his biology book at school.
“The lungs of the earth” he muttered; Sammy grunting, used to his friend’s inner monologue escaping.
“What do you think the purposes of crows are?” Billy suddenly asked.
“Crows?” came the reply.
” Crows, ravens, whatever. I mean what purpose do they serve?”
” None according to my father” Sammy replied “Pests he calls them…Pests!Pests!”.
Billy smiled. What else could he do? Sammy was eccentric that way, but when asked if he’d ever thought of a career in theatre he had answered a firm “No!”.
That was his father speaking, Billy’s mom had said. It was well known that Sammy’s father, a military man, had no love of the performing arts, but his rejection of his eldest son’s sexuality had been the subject of much debate. Needless to say Billy’s mum was not a fan. “Poor Ivan,” she used to say. Wasn’t it hard enough growing up without a mother but then to be shunned by his own father…
Sammy for his part didn’t speak too much about Ivan beyond the boundaries of memory, a fondness of childhood, a time long since gone. When pressed he had matter of factly stated that all queers are diseased, but this had definitely been his father speaking.
Billy’s father, on the other hand, was cut from an entirely different cloth. As happy, if not happier, to be among the wilds, he had often taken Billy with him on his expeditions, in search of nothing as his mother put it.
To not understand the nature of others is no reason to call it unnatural, Billy’s father would often retort when pressed by his mother to justify his long days in the woods. Later Billy would realise that there had been a little jealousy on his mother’s part, Billy’s father having the lion’s share, as it were, of Billy’s company.
“Do you ever wonder why people seem to want such different things, especially people who seem to have so much in common?” Sammy suddenly asked. “Look at Ivan for example.”
“To not understand the nature…” Billy began.
“Oh would you shut up!” Sammy lambasted. Billy face took on a pained expression.
“I’m only messin’ ya silly clot! Don’t be so sensitive!”
“I’m not. I’m only…” Billy began.
“I’m not. I’m only…”Sammy parroted.
God, how Billy hated that, that ridicule.
Oh, how Sammy loved to see such squirming.
“All I’m saying is, why do people with the same upbringing change so much?” Sammy continued.
“Other circumstances,” Billy began.
“Ah, don’t give me that shit about all the little things that could affect us.” Sammy snapped.
“Why not?’ Billy asked.
“A butterfly’s wings bollocks!” Sammy replied getting quite irrate.
Billy never knew how to control these situations, getting angry as he usually did didn’t solve anything, but staying silent only allowed Sammy to feel smug, as if he had won.
Wisdom could have told both boys the pointlessness of their undertakings but, as they say, youth is wasted on the young.
“Well, since you have all the answers” Billy snapped.
“I don’t” said Sammy “but I’m not about to surrender to some hippie dippie shit, neither!”
“As opposed to doom and gloom!?” Billy volleyed.
“Yeah yeah whatever!”
“Whatever!? And there ends the conversation.” Billy was beginning to get very annoyed.
Changing tack Billy decided to let spill the old man’s last words.
“Ravens and rainbows. What rubbish! I mean fair enough if that’s what he said but seriously, what crap.” Sammy stood in cool repose but Billy had no defence. Afterall, hadn’t he also been considering the whole thing nonsense.
The silence laid waste to the cold, both friends grumbling their own righteous state. And then the last of the cigarettes was spent and so they had no more reasons to sit perishing in that place.
Passing down through the golf course on the way home Billy ventured a question, an opening up of dialogue.
“Do you think Ivan is really that different from you?” he asked.
“He’s a fuckin’ faggot for Christssakes; or haven’t you noticed” he snapped. “Maybe because you’re one too” he added.
“I’m not” Billy protested, but he could already feel the blush rising from his neck line.
Sammy just sneered, derision etched across his face.
The rage now welled in Billy and without word he scampered ahead, cleared the fence and marched off taking the left fork, and the shorter route home.
The thought suddenly came to him that it was Sammy who had the money for cigarettes, and he, Billy, had been planning to spend the night in his friend’s place. A regret rose but was buried by the fury currently at large.

← A letter to any listener
Narcissus →